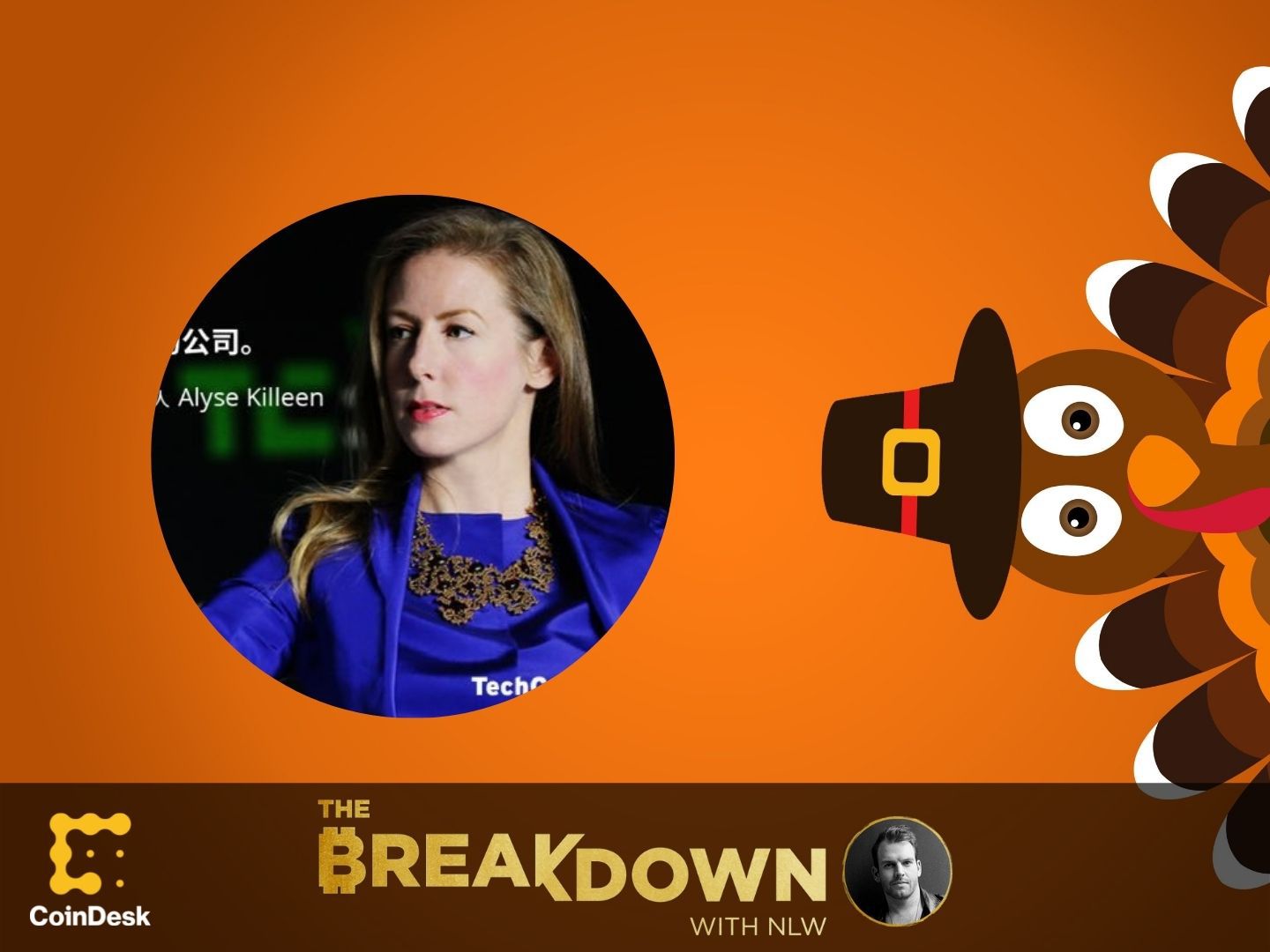 This episode is sponsored by NYDIG.

On the final part of his three-part miniseries “Gratitude for Bitcoin,” NLW is joined by Stillmark’s Alyse Killeen, a venture capitalist focused entirely on the bitcoin ecosystem. Alyse explains how remarkable it was that bitcoin was ready for nationwide adoption in El Salvador and gives a preview on what she thinks is coming to the network in 2022.

“The Breakdown” is written, produced by and features Nathaniel Whittemore aka NLW, with editing by Rob Mitchell, research by Scott Hill and additional production support by Eleanor Pahl. Adam B. Levine is our executive producer and our theme music is “Countdown” by Neon Beach. The music you heard today behind our sponsor is “Dark Crazed Cap” by Isaac Joel. Image credit: Iryna Ustenko/iStock/Getty Images Plus, modified by CoinDesk.

This episode is sponsored by NYDIG. Download this episode Last weekend, Jack Dorsey set the internet alight when he proclaimed, “Hyperinflation is going to change everything. It’s happening.” That kicked off a mighty debate involving […]

The chart below shows average returns for bitcoin by month. Typically, BTC has positive returns in the fourth quarter, which is why some traders remain poised for a year-end rally across cryptocurrencies. Based on seasonal […]