This past week, bitcoin price started a decent recovery above the $35,000 level against the US Dollar. The BTC/USD pair even broke the $38,000 resistance level.

However, the price failed to settle above the $40,000 level and it remained well below the 100 simple moving average (4-hours). A high was formed near $40,971 and the price started a fresh decline. There was a break below the $38,000 support level.

Bitcoin traded below the 50% Fib retracement level of the upward move from the $31,296 swing low to $40,971 high. There is also a major bearish trend line forming with resistance near $37,500 on the 4-hours chart of the BTC/USD pair. 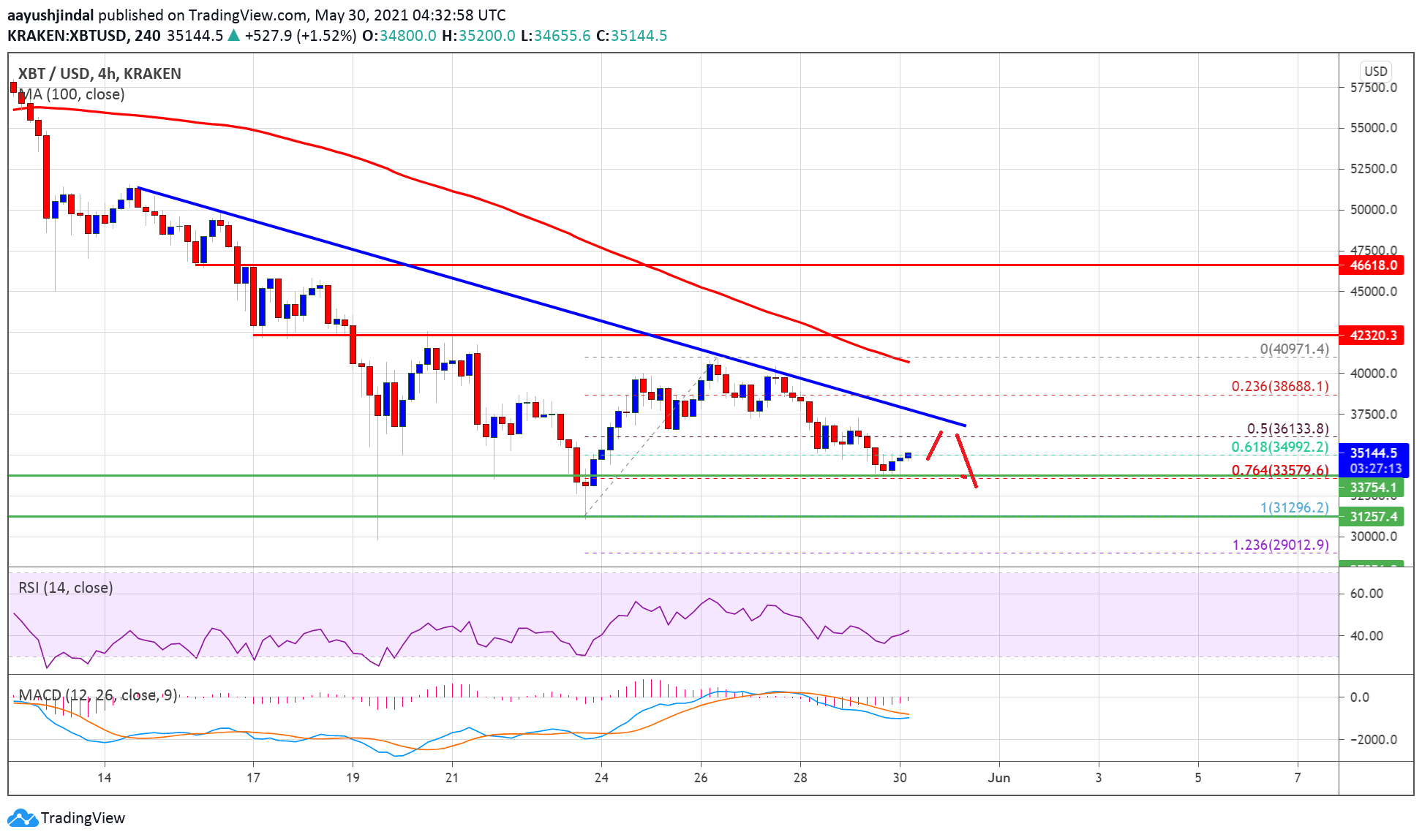 The next major support is near the $31,250 level, below which the price may possibly test the $30,000 support level in the near term.

If bitcoin remains stable above the $33,500 level, it could start a fresh increase. An initial resistance on the upside is near the $36,500 level.

4 hours MACD – The MACD for BTC/USD is gaining momentum in the bearish zone.

4 hours RSI (Relative Strength Index) – The RSI for BTC/USD is now well below the 50 level.

After its highly anticipated marketplace launch, Bored Ape Yacht Club Tron and APENFT Foundation joined forces through a strategic partnership meant to incentivize further the development of promising NFT works on the Tron ecosystem. This […]

OKExChain, a transparent, open-source and truly decentralized ecosystem created by the leading crypto spot and derivatives trading platform OKEx has announced EVM compatibility. EVM, short for Ethereum Virtual Machine is a component of the Ethereum […]