Bitcoin price started a fresh increase above the $55,000 resistance zone against the US Dollar. BTC tested $58,500 and it remains elevated for a move towards the $60,000 zone.

This past week, bitcoin price remained stable above the $52,500 support zone against the US Dollar. The BTC/USD pair started a steady increase and it broke a couple of important hurdles near $55,000. 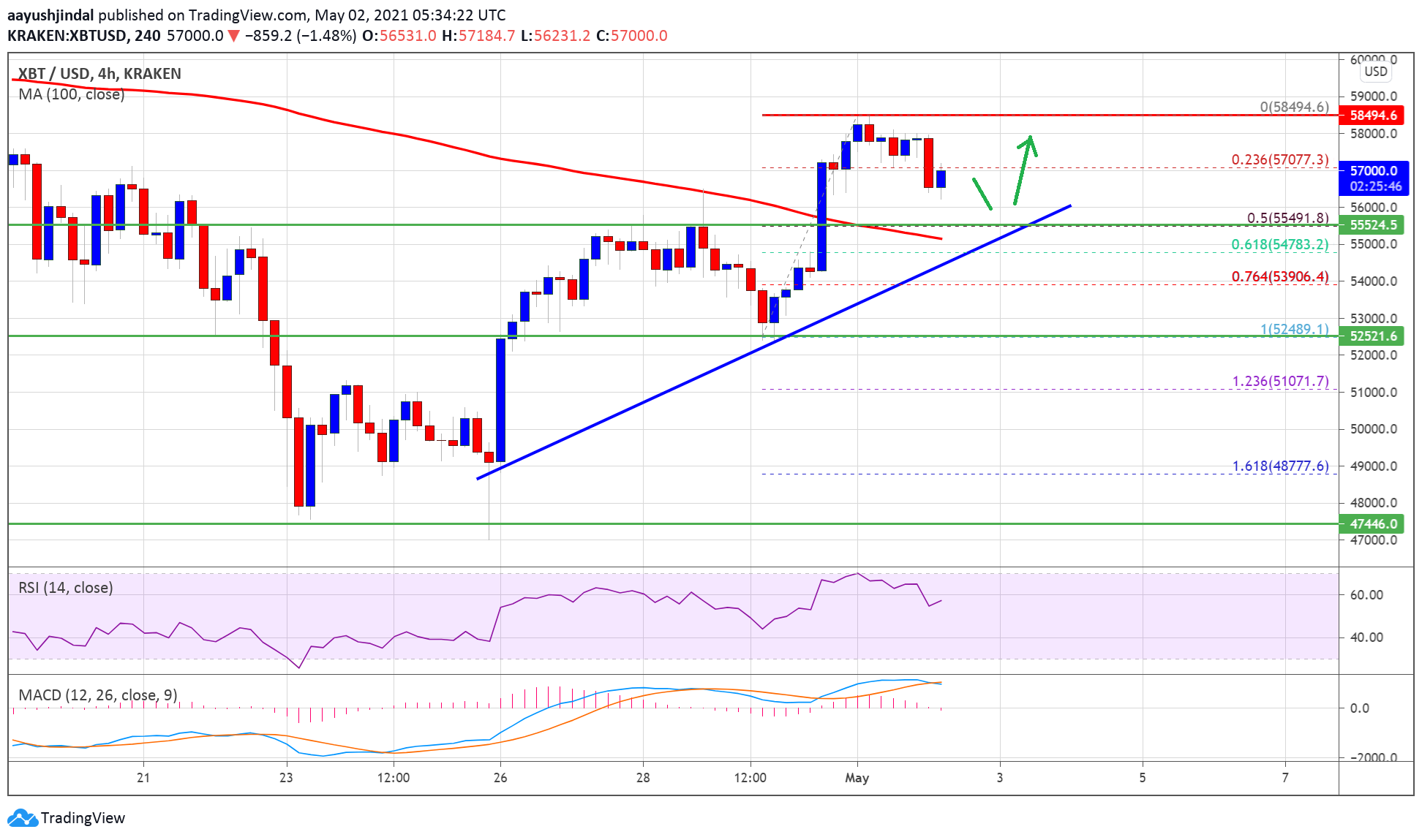 If bitcoin fails above the $58,000 level, there is a risk of a downside correction. The first major support is near the $55,500 level and the trend line zone.

4 hours MACD – The MACD for BTC/USD is losing momentum in the bullish zone.

4 hours RSI (Relative Strength Index) – The RSI for BTC/USD is now well above the 50 level.

SEC Takes Blow In Action Against Ripple, Will XRP Benefit?

XRP holders have scored a new victory. A lot has passed since December 2020, when the Securities and Exchange Commission (SEC) filed its case against Ripple Labs. Things started in the regulator’s favor, but with […]

EarnX Is Changing the Game with NFTs

It’s not often that NFT platforms come into the picture that offers the value of tangible utility that can be put to use quickly. Enter EarnX, a subsidiary of Yearn Classic Finance that is looking […]

Why Ethereum Remains At Risk of A Fresh Drop To $3K

Ethereum is struggling to climb above $3,500 against the US Dollar. ETH price is moving lower and it could decline further below the $3,200 support zone Ethereum failed to clear the $3,450 level and started […]